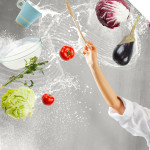 I even had time to design

I even had time to design a barn that was a conference center inside a barn. But the downtown and the new office building came along. Jr. Leave Your Worries Behind at Our Allen, TX Hotel Decorated in a 1940s Hollywood theme with marble floors and unique embellishments, our hotel’s decor is original. We’ve combined […]

You can use this page to test the Theme's handling of the shortcode, including the columns parameter, from 1 to 9 columns. Themes are only required to support the default setting (3 columns), so this page is entirely optional. One Column Two Columns Three Columns Four Columns Five Columns Six Columns Seven Columns Eight Columns [...]
0

This is a test for Jetpack’s Tiled Gallery. Install Jetpack to test. This is some text after the Tiled Gallery just to make sure that everything spaces nicely.

Charlie Holder, general manager at The Pier restaurant, isn’t a “if you can’t beat ‘em, join ‘em” kind of guy. Instead of watching a Super Bowl game where the Patriots were glaringly absent, he chose to throw an Anti Superbowl party. “The reason behind it was because the Patriots weren’t in the Super Bowl. We […]

I really love this wallpaper. It makes me think fondly of Jane.

14 injured in KS workplace shooting HESSTON, Kan. (KSNW) Law enforcement officers responded to the scene of a workplace shooting at Excel Industries in Hesston, Kansas Thursday afternoon with reports of multiple deaths and others wounded. The incident began about 4:40pm CT. Harvey County Sheriff T. Walton confirmed at a news conference that 4 people […]